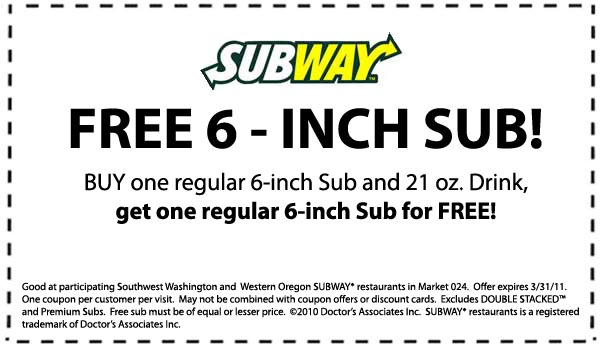 Example of typical Subway Coupons 2012 for a free 6 inch Sub when you buy a 6 inch SUb and a 21 oz drink. These Subway coupons are very common a, but must be used at participating Subways stores only and within the valid period. Please do not print off expired coupons or try to change the older coupons. The image can be enlarged.